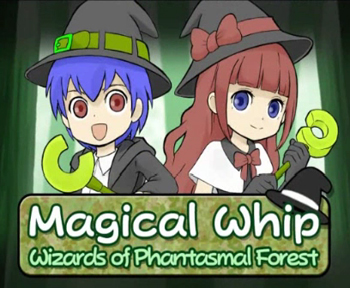 Magical Whip: Wizards of Phantasmal Forest is an Elimination Platformer developed by Silver Star Japan and published by Agetec, Inc. The simplicity of the graphics and audio presentation harken back to the arcade games of old and the gameplay consists of fifty fixed-screen stages in which the player character must defeat all enemies using his or her eponymous magical whip to proceed.

There are two nameless player characters:

The game is available on DSiWare.