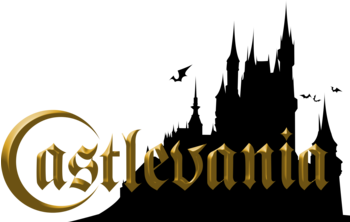 What a horrible night to have a curse.
Advertisement:

Die, Absence of a Castlevania Description! You don't belong in this world!

This article is about the series as a whole. For the first Castlevania game, see this page.

open/close all folders
These games are as empty as your soul!
What are books and comics? A miserable little pile of secrets!
Other forms of visual media? You steal men's souls, and make them your slaves!