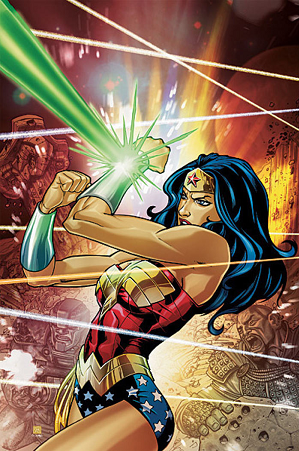 Fighter: The way I figured it, the fall doesn't kill you. The ground does. So I blocked it.
Thief: You blocked the Earth.
Fighter: Why not? I can block magic and fire and all kinds of stuff.
Thief: I hate it when the things he says that don't make sense make sense.
— 8-Bit Theater
Advertisement:

In standard combat, blocking an opponent's attack is one of the most pivotal (and in some styles the single) facets. Fiction, or other realities, however, equates blocking attacks to being invulnerable to them. This disregards the fact that blocking still requires taking the force and momentum of the attack, just on something a little less (and in some examples more) vulnerable to injury. This fact is why armor was typically worn over a layer of padding (even modern ballistic body armor includes several layers of padding in addition to the kevlar weave and armor plates.)

This is usually because of the Law of Conservation of Detail. If you have gone into the trouble of having the punch blocked, why show that it actually did some damage? In Video Games, this is so that the engine can be simpler. Some tropes partially owe their existence to this like Punch Catch, Barehanded Blade Block, Spin to Deflect Stuff, Not the Fall That Kills You…, Concealment Equals Cover, Luckily, My Shield Will Protect Me, Punch Parry, etc. Sometimes averted by Scratch Damage, Armor-Piercing Attack, and a guard-specific Break Meter. Subverting this trope — prominently showing an attack blocked just to show that it did damage anyway — can be done for The Worf Effect.