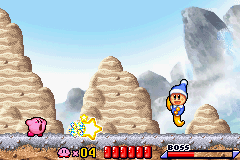 "Who gives a damn about you? Your new name is 'Mid-Boss'."
— Laharl, Disgaea: Hour of Darkness, giving his opinion of Vyers, The Dark Adonis
Advertisement: