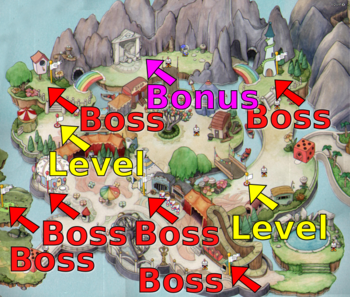 Some video games feature a Boss Bonanza, which is when you have to fight several bosses in quick succession. Boss Games take this Up to Eleven: The whole thing is nothing but boss battles with sometimes the occasional breather segment in between. The polar opposite is Mooks but No Bosses, and the extreme end of Easy Levels, Hard Bosses. Compare Boss-Only Level, in which only one level is just a boss (or bosses are just separate from the main levels).
Advertisement:

open/close all folders
Primarily Bosses
To also replenish your coin count, you can play mini-games as well. For a good chunk of them, you'll practically need to have Ice Flowers on you during fights. Completing every fight allows you to do it all again... as Luigi!
Entirely Bosses
Boss Remix
Advertisement: