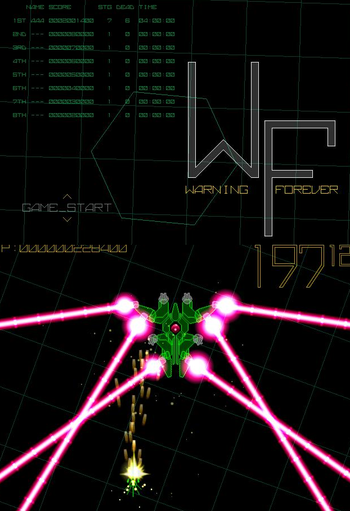 Warning Forever is a Bullet Hell game developed by Japanese freeware programmer Hikoza T. Ohkubo, and released for PCs on July 24th, 2003. It is available for download here

In the game, you play as the pilot of a starfighter tasked with defeating an endless series of enemy bosses. The game is notable in that the enemies actively adapt to your tactics; if you've been focusing on destroying one particular segment, expect that segment to be reinforced. Likewise, if a certain weapon kills you, expect more of that weapon in the next form.