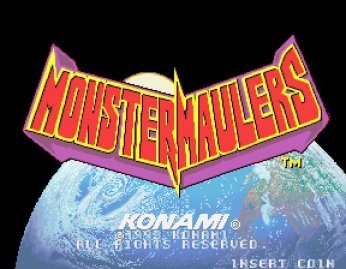 The Earth looks exciting from space
Monster Maulers (originally Kyukyoku Sentai Dadandarn) is a fairly unique fighting game created by Konami in 1993 where a team of Sentai-esque warriors are sent to face monsters around the world before confronting the villains who unleashed them in the first-place. While Monster Maulers mostly consists of a set of one-on-duels like in most fighting games(or two-on-one in two-player mode), the enemy characters cannot be selected, and there is no 2-player versus mode. As such, it's often regarded as a Beat 'em Up, or a cross between the two genres.