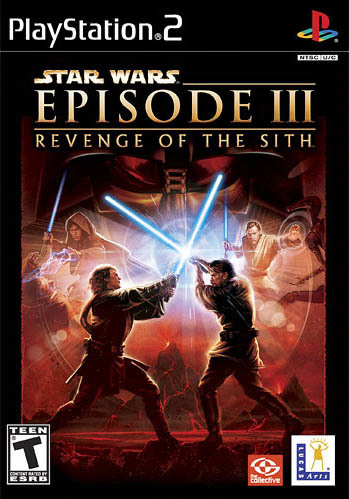 Star Wars Episode III: Revenge of the Sith is action Licensed Game developed by The Collective Inc. studio and published by LucasArts for the PlayStation 2, Xbox, Game Boy Advance and Nintendo DS.

Based on the movie of the same name, the player controls both Obi-Wan Kenobi and Anakin Skywalker and follows the events of the movie rather loosely including bits not present in the original plot, such as an completely different ending. The combat is a hack n' slash type of game with an experience system that allows players to spend XP to increase their powers. It also offers a multiplayer mode with a Fighting Game mode pitting characters in lightsaber duels including Darth Vader and Ben Kenobi from the A New Hope era.

Alternative Title(s): Revenge Of The Sith