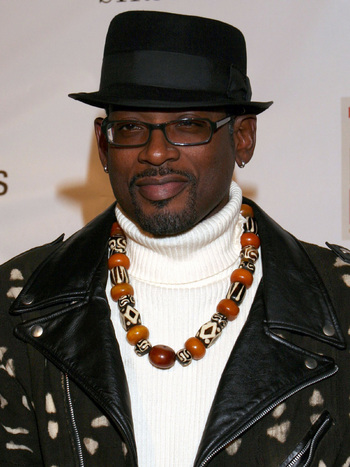 Describe Terrence C. Carson, or you will not see the end of this day!

Terrence Connor Carson (born November 19, 1958 in Chicago, Illinois) is an American singer and actor of stage, animation, and television. He is best known for portraying Kyle Barker on the FOX sitcom Living Single and as the voice double for Samuel L. Jackson in Star Wars: The Clone Wars. He is also well known for voicing Kratos in the Greek cycle of the iconic God of War video game series. He most recently starred as one of the mall carolers in a Marshalls/T.J. Maxx commercial.