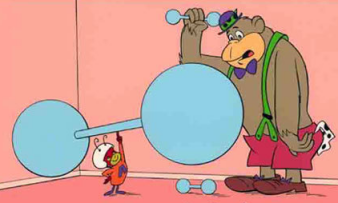 He's stronger than the av-a-rage ant!
Yoda: Proof, you are, that size matters not!
Mickey: Right back at ya, pal!
— DEATH BATTLE!, "Yoda vs. King Mickey"
Advertisement: