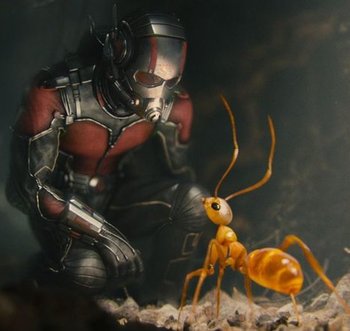 "It's not the size, mate. It's how you use it."
— Nigel Powers (referring to his spy-car* probably), Austin Powers in Goldmember
Advertisement:

Tropes about things that are small. Not incidentally small, like being young. These tropes require something to be physically small.