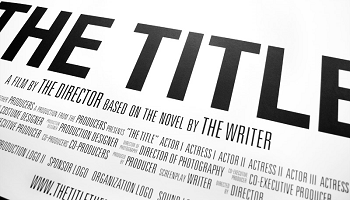 It all starts with the title...

Summing up an entire complex narrative, a colorful cast of characters and an inventive concept with a few words can be quite an art. What you choose will bear the burden of being the work's representative and designation.

The Tried Trope of The Stinger: That Which We End On