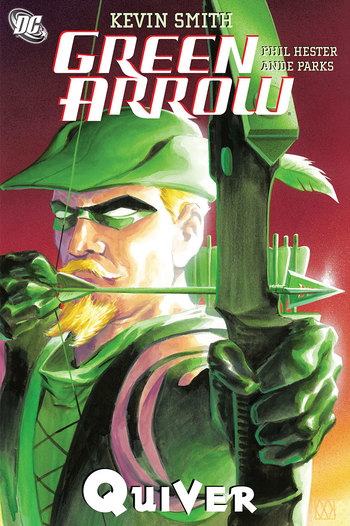 This is one of the simplest ways of naming a work of fiction. Weapon Title is where the titular arsenal is used in the title.

A subtrope of MacGuffin Title, but one should remember the key element is that the eponymous weapon should be integral on fighting, destroying, or/and defending someone or/and something within the story to count. Since the eponymous weapon can take many forms, it can overlap with other Title Tropes.