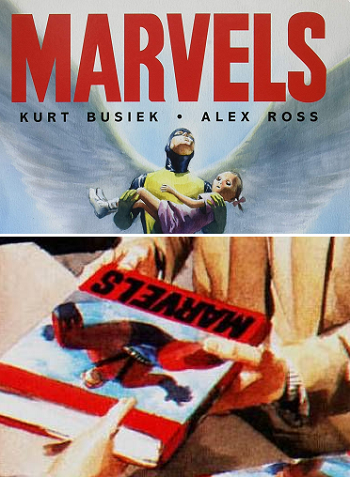 So meta it makes the readers lose their Marvels.
The Namesake of a story can be all kinds of things: a person, a symbol, a weapon. Sometimes, in just a touch of meta-fiction, the Namesake is a book within the book or a show within a show. Sometimes, as in The Way of Kings, this is a holy book. Sometimes, as in The King in Yellow, it's a distinctly unholy book. In any case, it's very important in some way to the story, although how is not always clear at first.
Advertisement:

Might arise as a result of I Should Write a Book About This. Compare Visual Title Drop.