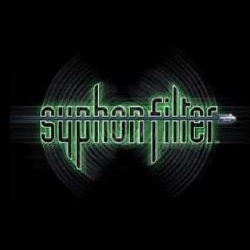 Syphon Filter is a Third-Person Shooter and Stealth-Based Game series started in 1999 and developed by Eidetic (later known as Sony Bend) focusing on the adventures of Gabriel "Gabe" Logan, who begins the story as an agency operative, until turning rogue, and eventually after exposing the misdeeds of said agency, forms his own, known as the International Presidential Consulting Agency (IPCA). Syphon Filter itself is a fatal virus, akin to FOXDIE, which can be made to target specific ethnicities. Throughout the first four games, one is trying to stop its distribution.