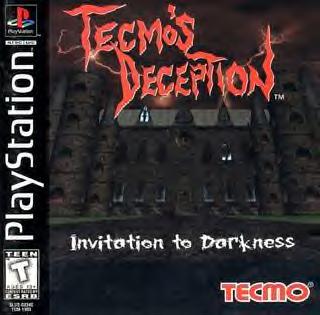 Being the hero is so dull. You know... it's always the same: Grab your sword, run to the castle of evil, fight against the boss, easily beat him, save the world, everybody loves you, right?
Advertisement:

Well, perhaps it's time to play from another angle. After all, playing for the other team has its benefits, too.

In 1996, for the Sony PlayStation, Tecmo released Tecmo's Deception: Invitation to Darkness, which, while not a smash success by any stretch of the imagination, allowed the player to do something not often seen in video games: play as the bad guy. The goal of the story was to resurrect Satan, and instead of doing so with direct combat, you utilized a series of deadly traps that you placed throughout your castle. The game did well enough to spark a small series.

The series in general follows the same pattern, with you having to protect your castle for one reason or another, with Death Traps and gizmos. The biggest selling points in general is the same: play from an unusual point of view (the Trap Master) and kill your enemies in gruesome ways. In most of them you are plain evil, but some of them try to leave you in a more ambiguous position, where it's not clear which side is the good one. This actually makes the experience stronger, as one is not sure if what you are doing is right or wrong.

The Deception games consist of:

A Characters page is in the works.

Demonstrating how inviolate The Wiki Rule is, the series now has a wiki here.