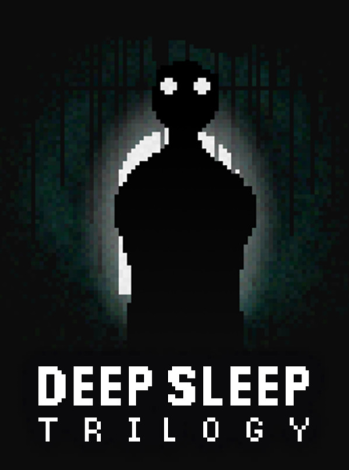 You have to wake up.
holy cow... i never thought 2 white pixels could be that frightening
—ellion0815
Advertisement:

, and The Deepest Sleep

. You, the Featureless Protagonist, are trapped in a lucid nightmare, which you have to wake up from before something else does it for you.

The games rely on Nothing Is Scarier, Primal Fears and creepy music to create a very scary atmosphere.

On October 25, 2019, Deep Sleep Trilogy was released. Like the Don't Escape games before them, the three games are bundled together, and receive Steam achievements.

scriptwelder is now working on a fourth game.

Again like Don't Escape before, this fourth game will update the formula in a traditional Point-and-Click Game, but will also add Roguelike elements.

The examples may contain unmarked spoilers for all three games.