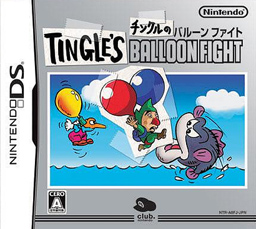 If only they were all this easy to spot.
Radd: I don't get this sequel.
Sequel Radd: Huh?
Radd: It's not much like my game at all. The rules are too different. I mean, you can stand on top of enemies? And you can't shoot Radd Beams??? What's the deal with that? It's almost like the humans just copied our characters into a totally unrelated video game!
Sequel Radd: What makes you think they'd do stuff like that?
— Kid Radd, "Hit Me"

This is the practice of inserting a work into a franchise which it was not originally intended for, usually because of the marketing value of the name. This is usually the result of Executive Meddling, or else a dangerous similarity between a work-in-progress and a published and copyrighted one. Usually easy to spot, since the setting or style is noticeably different.

If the decision to doll up the installment is made soon enough, attempts can be made to make the installment more like the series it's being installed into. The differences between setting and style will then be toned down.

If a dolled-up installment is sufficiently successful and accepted, it can trigger Lost in Imitation: that is, later intentional installments of the series will take on characteristics that began with the Dolled-Up Installment.

It's common with Licensed Games. In some cases, all the programmers do is replace the sprites, for a game that ties into the source material In Name Only. A True Dolled-Up Video Game Installment will at least fit a bit more seamlessly into the franchise, such as with games dolled-up to fit into other, already established game franchises. Compare Super Mario Bros. 2, for example, to Yo! Noid!.

Subtrope of What Could Have Been.

Might overlap with Market-Based Title, if the new title puts the work in a franchise popular in the country.

The opposite of a Spiritual Successor, where the official franchise may be different, but the installment has a clear heritage.

For when it's the box cover that makes the work look as though it's something it's not, see American Kirby Is Hardcore. See also Canon Discontinuity, In Name Only, Translation Matchmaking, Recycled Script. Divorced Installment is the opposite, where a work originally intended to be part of a series or franchise is revised to become a standalone work.