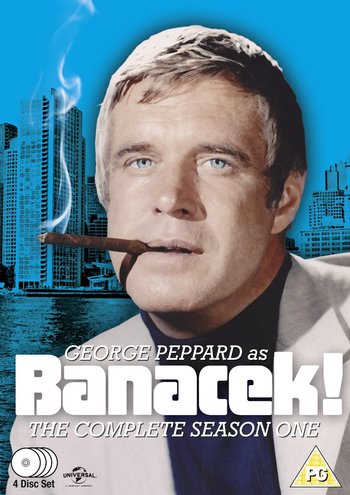 Banacek (one of the rotating elements of The NBC Mystery Movie) is a short-lived, light-hearted detective TV series starring George Peppard which aired on NBC from 1972 to 1974. Peppard played Thomas Banacek, a suave, Polish-American freelance investigator based in Boston, who solved seemingly impossible thefts. He then collected from the insurance companies 10% of the insured value of the recovered property.

Banacek was part of the NBC Wednesday Mystery Movie lineup, and was the only spoke of this Wheel Program to run in both seasons.