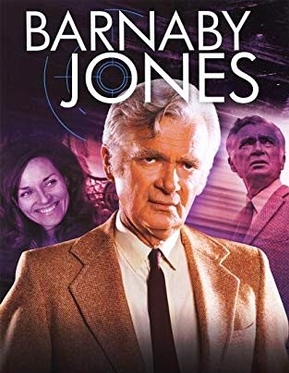 Barnaby Jones is an American detective series produced by QM Productions for CBS that ran from 1973 to 1980, starring Buddy Ebsen as the title character and Lee Meriwether as his daughter-in-law/secretary Betty. It was the second-longest running of all Quinn Martin series (behind The F.B.I.) and the last remaining QM series on the air, giving the production company a total of 21 seasons.

Barnaby Jones, when the series starts, has retired from being a private detective and turned over the business to his son Hal. When Hal is killed while on a case, his friend and fellow PI Frank Cannon offers to investigate the crime but Barnaby insists on looking into it himself. He not only finds the killer but also finds what's been missing from his life since retirement, and returns to active duty as a private eye.

In season five, Mark Shera joined the cast as J.R., the son of Barnaby's murdered cousin. Unlike Barnaby, he was more interested in being a lawyer than a detective.

With guest tropes in alphabetical order: