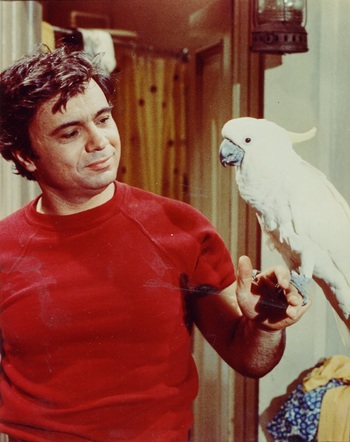 Baretta is an American detective television series which ran on ABC from 1975 to 1978, centered on Detective Anthony Vincenzo "Tony" Baretta (Robert Blake), an unorthodox plainclothes cop who lives in a apartment with Fred, his cockatoo.