Literature / A Rustle In The Grass 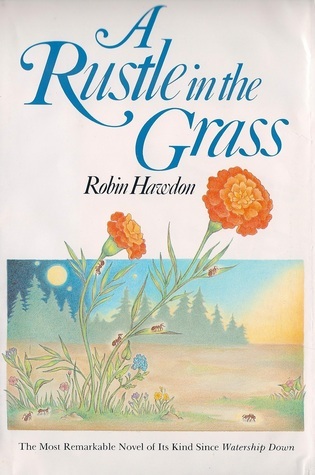 "At a distance the countryside appears to stretch quietly and idyllically under the blue sky. Peaceful and untroubled, far from the wars and woes of man, nature moves through her timeless cycles. But look closer. For there in the secret world beneath the grasses lies an empire in turmoil."
Advertisement:

A Rustle In The Grass (1985) is a work of xenofiction and the first novel by British actor, theater director and playwright Robin Hawdon. A peaceful colony of black ants awakens from winter hibernation and finds that not only has their great leader died, but that an army of red ants is heading their way. A young soldier ant called Dreamer is sent as part of an envoy to try and reason with the red ants, while back at the colony the workers threatening revolt after being pushed to the limit of their endurance after a devastation bird attack that nearly destroys the mound.

A Rustle In The Grass contains examples of: