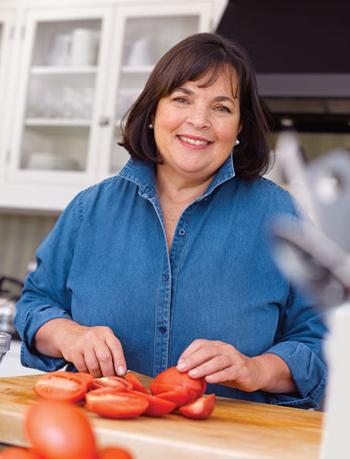 Barefoot Contessa is a Cooking Show hosted by Ina Garten, airing on the Food Network since 2002.
Advertisement:

Each episode starts with Ina briefly describing an occasion for which she will cook some food. Frequently, this will involve catering for friends at her home, though she has also done episodes serving special meals for one particular person. Typically she will then explain how to do three different recipes suitable for that occasion. At the end of the show, the occasion is shown, with invariably complimentary comments.

During the show, there is usually an "Ask Ina" section, where viewers submit questions on the same theme as the rest of the show.

Not to be confused with the 1954 Ava Gardner film The Barefoot Contessa (which apparently was the namesake for the store she used to run, from which she derived the name of the show).