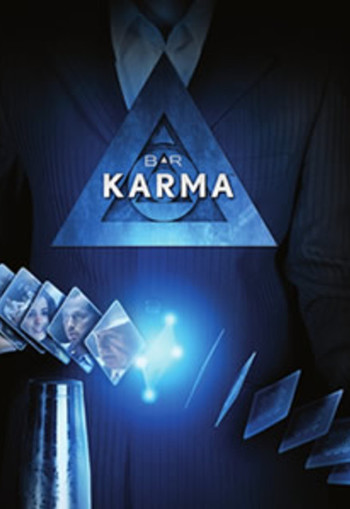 Bar Karma is a 12-episode series created by the Current TV online community and Will Wright. The story concerns a magic bar that exists outside of space and time, where people who have reached a crossroads in their life wander in unexpectedly. The latest visitor, Internet millionaire Doug Jones, won the bar in a poker game against James Anon, the mysterious 50,000-year-old bartender. He and the other regular patron Dayna use the bar's mystic tools to help find out how to help, while Doug goes out of the bar to help them hands-on.