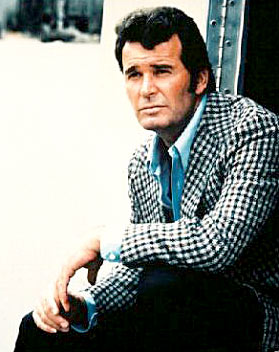 "This is Jim Rockford. At the tone, leave your name and message. I'll get back to you. [Beep]"
— Jim's answering machine
Advertisement:

Popular crime/action series, co-created by Roy Huggins (Maverick, The Fugitive) and Stephen J. Cannell, that aired on NBC from 1974 to 1980. James Garner played Jim Rockford, an innocent ex-con working as a private detective in the Los Angeles area. Rockford lived in a trailer parked on the Malibu beach, and drove a gold Pontiac Firebird.

Rockford preferred to outwit his opponents, rather than resorting to violence (though he was very good at it when violence was required.) While Rockford had been cleared of the armed robbery that he had been wrongfully accused of, he had also been a Con Man who had never been caught, and on multiple occasions he used his con artist skills to entrap the guilty party.

In many ways, the Rockford character was a 20th-century updating of Garner's Bret Maverick character.