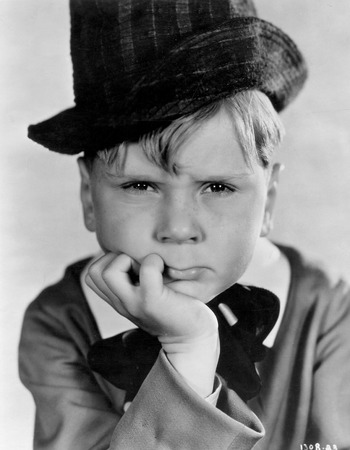 Cooper rose to fame in 1931, when he played the title character in Skippy. The role earned him an Academy Award nomination for Best Actor. He is still the youngest person to be nominated in the category, at age 9.

Known as "America's Boy", Cooper starred in a series of dramas where he helped to codify the image of the Adorably Precocious Child on film. After the success of The Champ, a series of films were written for him and co-star Wallace Beery.

Cooper became well-known for his crying scenes, so much that MGM executives began referring to him as "Buckets of Tears". Director Victor Fleming was even forced to go back and insert scenes of Cooper crying into Treasure Island (1934).

He later transitioned into a teen star, and as an adult became a director for various television shows. He also continued to act, most notably playing Daily Planet editor Perry White in Superman: The Movie, Superman II, and Superman III.

He was married to actress June Horne, actress/writer Hildy Parks, and Barbara Rae Kraus, and had four children, one with Horne and three with Kraus.