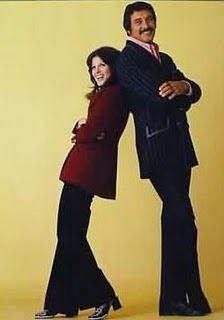 A part of the rotating NBC Mystery Movie series in the early 1970s, McMillan & Wife followed the adventures of San Francisco Police Commissioner Stewart McMillan (Rock Hudson) and his wife Sally (Susan Saint James), assisted by his aide Sergeant (later Lieutenant) Charles Enright (John Schuck) and the McMillans' shrewd and sharp-tongued housekeeper Mildred (Nancy Walker). The couple's cases were as apt to arise from their personal life as from his professional one (attending a charity event that is robbed, or finding a skeleton in the wall of their house after an earthquake).

The series emphasized the McMillans' marriage with a lighthearted spirit, putting to use Rock Hudson's gift for light comedy (also seen in his sex comedies with Doris Day in the previous decade). Saint James, Schuck and Walker all left the series; the final season (with a name change to McMillan) followed McMillan's life as a widower (Sally and their son having died in a plane crash), but the series was cancelled before a full complement of episodes was made.