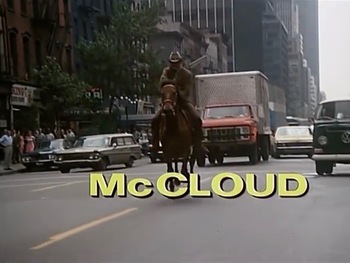 McCloud is an American television police drama that aired on NBC from 1970 to 1977.

Not to be confused with the film Brewster McCloud, the cartoonist Scott McCloud, or a certain space fox.