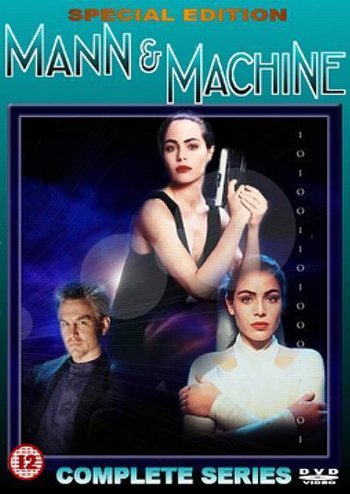 Mann & Machine was an American science-fiction cop show that ran for nine episodes on NBC in the spring of 1992. It follows Robert "Bobby" Mann (David Andrews), an LAPD detective working in the "near future," and his new partner Eve Edison (Yancy Butler), the first android capable of feeling emotions and learning from experience.
Advertisement:

Not to be confused with the "Mann vs. Machine" game mode on Team Fortress 2.