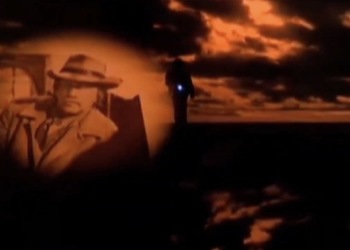 The NBC Mystery Movie (this did not have the definite title, in spite of the page heading) was a Wheel Program that ran on NBC from 1971–77.

The most famous element was Columbo, which came to television in a Made-for-TV Movie in 1968 (Prescription: Murder, adapted by Richard Levinson and William Link from their stage play) before becoming part of the wheel in its initial season following a second TV movie (1971's Ransom for a Dead Man). McCloud (inspired by the 1968 movie Coogan's Bluff) began as an hour-long show as part of another Wheel Program, Four-In-One, in 1970; the following season, this and Night Gallery were "freed" from the wheel, Night Gallery for its own slot and McCloud to be in the new strand. (The other two elements, San Francisco International and The Psychiatrist, were cancelled along with Four-In-One itself.) McMillan & Wife, starring Rock Hudson and Susan Saint James respectively, was the only element to be directly created for the Mystery Movie lineup.

Once this was an established success, NBC and Universal Television launched a second night, moving the three originals to Sundays (they initially aired on Wednesdays) as the rebranded NBC Sunday Mystery Movie and premiering the NBC Wednesday Mystery Movie; they also tried to find a fourth spoke for the wheel, but none of the new arrivals (see below for chronology) stuck, and neither did the NBC Wednesday Mystery Movie itself (which only ran from 1972-74) - in fact, it wasn't until the final season that they finally had an addition which was a real hit, in Quincy, M.E.. In 1977 all the elements were cancelled except for the crusading coroner, who in a reversal of McCloud was granted his own hour-long slot (although Columbo continued to make appearances in additional TV movies).

The series was introduced for most of its run with an opening theme by Henry Mancini and visuals featuring a silhouetted figure walking towards the camera across a desert landscape at sunset, using a flashlight to light up images of the elements of the wheel that season (the order depending on which one was airing that evening). Here are three examples, for Columbo

and The Snoop Sisters

from the second season of the Wednesday Mystery Movie - the first one had a different theme by Quincy Jones, which you can hear here

In 1989 ABC resurrected the concept with The ABC Mystery Movienote Made up of revivals of Kojak and Columbo, new creations B.L.Stryker (with Burt Reynolds as a Houseboat Hero ex-cop and current Florida p.i. Produced by Tom Selleck's company, fact fans), Gideon Oliver (with Louis Gossett Jr. as an NYC anthropology professor who only teaches students that get themselves involved with mysteries he can solve.) and Christine Cromwell (with Jaclyn Smith as a San Francisco lawyer); see also its Spiritual Successors on Hallmark Movies & Mysteries (The Matchmaker Mysteries, Darrow & Darrow, The Aurora Teagarden Mysteries, The Garage Sale Mysteries, The Chronicle Mysteries, Morning Show Mysteries, Mystery 101, etc., etc.)

The Wednesday Mystery Movie elements in order of debut:

Tropes associated with this include: