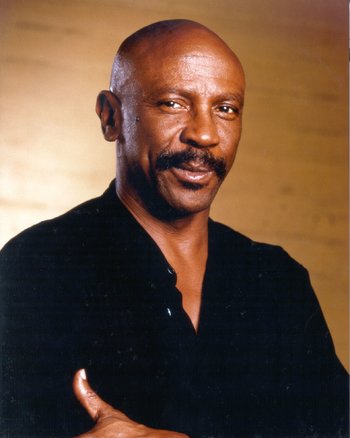 "When I'm offered a role, I look at what I think I can do with it. I look to see if I can project myself into it."
Advertisement:

Louis Cameron Gossett Jr. (May 27, 1936) is an Academy Award winning American actor best known for An Officer and a Gentleman, A Raisin in the Sun, The Landlord and the Iron Eagle film series.

He was married to Hattie Glascoe, Christina Mangosing, and Cyndi James-Reese and he has two children.