Series / Little House on the Prairie 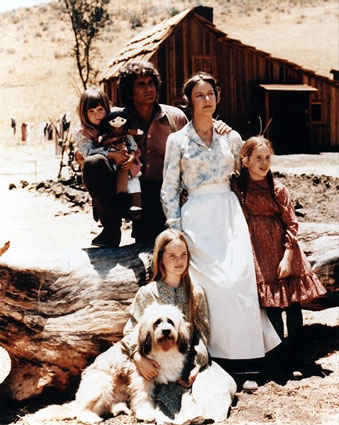 This serene family drama on NBC, which ran from 1974 to 1984, was based on the popular series of books by Laura Ingalls Wilder.

Michael Landon and Karen Grassle played Charles and Caroline Ingalls, a pioneer couple with three daughters: Laura (Melissa Gilbert), Mary (Melissa Sue Anderson) and Carrie (twins Lindsay and Sidney Greenbush). For its ninth and final season, the series was Re Tooled as Little House: A New Beginning; this was followed by three TV movies to wrap up the characters' storylines.