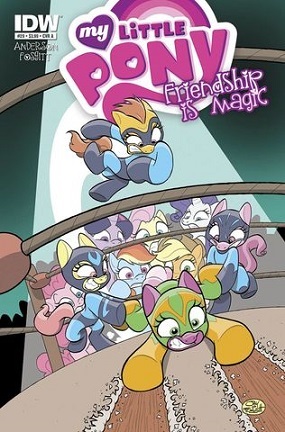 I used to wonder what friendship could be
Until you tried to body-slam me...
Advertisement:

A Pro Wrestling Episode is just that: an episode that takes place at a Professional Wrestling match or event. It is expected for this type of episode to appear on live action pro wrestling shows or fictional works whose premise revolves around pro wrestling. This becomes more distinct on a work that does not interact with (or even mention) wrestling before the episode.

If the latter does occur, expect a series regular, Fake Guest Star or character who is a wrestling fan to get involved in a match somehow. There is also a good chance that someone will hint, if not say outright, that wrestling is fake, unless it's real. Usually averted with Indian leg wrestling, Greco-Roman, Sumo, Yağlı Güreş (Turkish oil wrestling) and Olympic/collegiate wrestling, because of those examples actually are real.