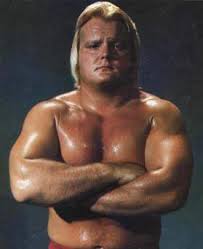 Jonathan Anthony Wisniski (born September 20, 1951) is a semi-retired American Professional Wrestler from Seattle, WA. He debuted in 1970 as Baby Face Nelson due to his original unwillingness to take the last name of his famous father, Johnny Valentine. He also worked as Johnny Fargo, another Unrelated Brother of Jackie Fargo. He changed it to Johnny Valentine Jr. when he debuted in Florida in 1974 before changing the first name to Greg, though he was billed as Johnny's brother, not his son. He arrived to Mid-Atlantic in 1976 after his father had to retire due to injuries sustained in a plane crashnote The same accident that broke Naitch's back and debuted there with his most famous name, Greg "The Hammer" Valentine.

Valentine was pushed immediately as a Heel, finding success teaming with Ric Flair and feuded with Chief Wahoo McDaniel and with "Rowdy" Roddy Piper. After some on-and-off trips to WWE from 1978 to 1981, he started there full-time in 1984. He was successful there, holding two titles, before getting demoted and leaving in 1992. He had a brief run in WCW before going off to the independents.

Among his in-ring achievements, he is a former WWE Intercontinental Heavyweight Champion