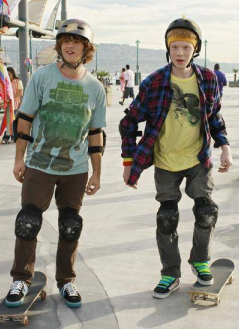 Zeke and Luther is a TV series on Disney XD about two best friends named Zeke (Hutch Dano) and Luther (Adam Hicks) who aspire to become professional skaters. Other characters include:

Not to be confused with Zack and Cody. Or Zeke and Justin.