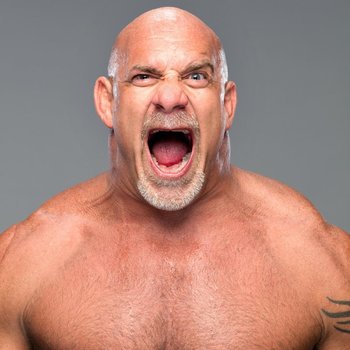 William Scott "Bill" Goldberg (born December 27, 1966) is an American professional wrestler, former professional football player, and former mixed martial artist color commentator, who was one of the most popular wrestlers in WCW (where he was known simply as "Goldberg") during the Monday Night Wars.

Goldberg became famous for having the longest winning streak ("The Streak" as it was known) in WCW history, having won 173 consecutive matches, and in the process, winning the WCW United States Heavyweight Championship,

before the streak came to an end at Starrcade 1998. He also became infamous for being the man responsible for retiring Bret Hart, giving him a concussion with a botched kick to the head in late 1999 that - coupled with other concussions suffered around the same timeframe - forced The Hitman out of the ring for good. (The Hitman got him back by beating Goldberg three times on TV.) Following WCW's closure in 2001, Goldberg wrestled for WWE between 2003 and 2004, becoming a one-time World Heavyweight Champion in the interim.

Afterwards, Goldberg has semi-retired, and spends time doing television shows centered around motorcycles and automobiles, as well as serving as an MMA commentator. As of late 2016, he's returned to wrestling with WWE, where he won the WWE Universal Championship. He was inducted into the WWE Hall of Fame in 2018. He won the Universal Championship again in 2020.

Not to be confused with Who's Next or The Goldbergs (although he does have a recurring role in the latter as a gym teacher).