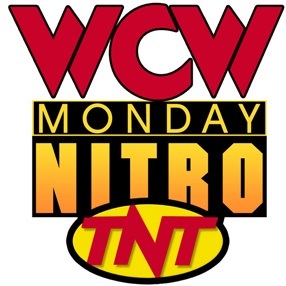 In 1995, World Championship Wrestling was looking for a way to compete with the World Wrestling Federation. The method they went with was to start a weekly show on TNT note then just a male-skewing entertainment network, as opposed to its' start as a proto-TCM, or its current drama-heavy lineup designed to go head to head with their rival's flagship program. Thus, on September 4, 1995, WCW Monday Nitro aired its first episode from the Mall of America in Bloomington, Minnesota.

Nitro was highly unconventional from day one: A majority of episodes opened with a match, making it much different than Raw—but in a good way, since the undercard matches had all the cruiserweights. Each one was on a level of quality that their competitors typically for reserved for pay-per-views. Plot twists were common, and since Raw was pre-taped at the time and Nitro was live, commentary on the latter would frequently leak results from the former's matches. Their uniqueness was furthered by the New World Order angle, as it blurred the line between kayfabe and reality.

All of this made for a winning formula for success. As famously and frequently stated by Eric Bischoff, Nitro beat Raw in the ratings for 84 weeks straight, and at one point was the most watched show on cable in the United States.

However, it wouldn't last. The nWo angle ran well beyond its welcome, and the Fingerpoke of Doom served to remove any sense of prestige from the title belts. Affecting WCW as a whole, the PPV-quality matches were able to draw ratings but left nothing notable to save for PPV. The last few years were a shadow of what the show once was. Bizarre twists, time-wasting filler, and a Heel–Face Revolving Door that just wouldn't stop made for an almost Ed Woodian show.

Eventually, the WWF bought WCW. The last episode of Nitro aired on March 26, 2001, and the end of that episode served as a lead-in for The InVasion Angle.

After Nitro ended, TNT wouldn't air any form of professional wrestling for over 18 years until All Elite Wrestling announced it would air its weekly prime-time television program on TNT in 2019. The weekly show, airing on Wednesday nights and titled Dynamite, premiered on October 2, 2019.