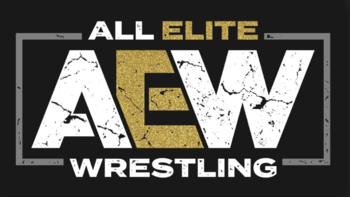 It's [today]. You know what that means.
Nick Jackson: Some people think that we're getting rich, that's completely the opposite. Get out of here! We're probably break even at the end of the day.
Cody Rhodes: [laughs]
— "ALL US - The ALL IN Story as Told by Cody and The Young Bucks, Episode 1"

All Elite Wrestling, LLC (AEW) is an American Professional Wrestling promotion based out of Jacksonville, Florida.

Its early seeds were planted by Cody Rhodes, Matt & Nick Jackson as a result of their successful show ALL IN in late 2018, alongside the Jacksonville Jaguars owner Shahid Khan, and his son Tony Khan who would join in their journey later that year. After The Elite (Cody, Matt, Nick, Kenny Omega, and "Hangman" Adam Page) finished up their ROH/NJPW commitments (save for stablemate Marty Scurll who had several months on his ROH contract), they went on to launch the AEW venture. (Scurll eventually did not follow them to AEW, choosing to continue with ROH & the newly revitalized NWA.)

In January 2019, the promotion announced a sequel to ALL IN dubbed Double or Nothing, which would serve as the company's inaugural event, as well as announcing the roles of Executive Vice President (initially consisting of Cody Rhodes and Matt & Nick Jackson, with Kenny Omega coming on board the following month), Chief Brand Officer (Brandi Rhodes), and the initial roster. They also announced a working relationship with Chinese professional wrestling promotion Oriental Wrestling Entertainment (OWE) founded by Japanese wrestler CIMA. Also in February 2019, AEW announced a partnership with Mexican promotion AAA. AEW has since established working relationships with Impact Wrestling (December 2020–October 2021), New Japan Pro-Wrestling (February 2021–present) and DDT Pro-Wrestling (March 2022-present).

The developments of the company can be followed in the following channels:

on TNT; January 2022 saw Dynamite move from TNT to TBS, as TNT became occupied by both their long-standing coverage of the NBA, and their new coverage of the NHL (in a split deal with ESPN, taking over from NBC). However, Rampage remained on TNT.

On the March 2, 2022 episode of Dynamite, Tony Khan announced that he had purchased Ring of Honor.

Other championships that are currently defended on AEW include;

Roster
Both rosters include tag teams.