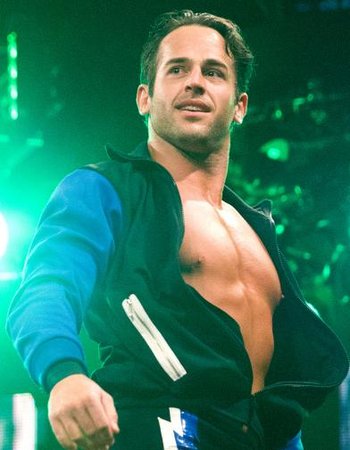 Roddy Vs. The World
Advertisement:

Christopher Lindsey (born July 26, 1983) is an American professional wrestler originally from Eau Claire, WI as Roderick Strong. He debuted in the Florida independent scene in 2000, first making his name teaming with his "brother" Sedrick in the Independent Professional Wrestling promotion. He went on to Ring of Honor, where he would become the second Triple Crown Champion, holding the ROH World Heavyweight Title belt

once with Austin Aries and the ROH World Television Title belt

. He has also competed for TNA, Pro Wrestling Guerilla, Dragon Gate, MLW, Pro Wrestling NOAH and many other independent promotionsm and currently has signed up with WWE NXT.