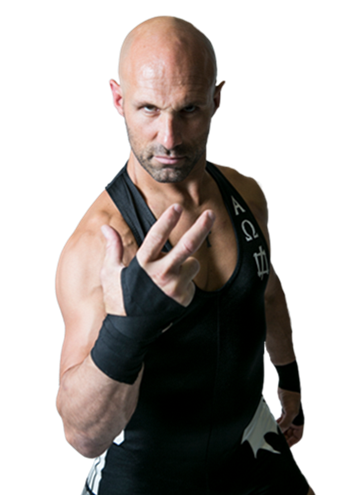 Christopher Daniels (real name Daniel Christopher Covell, born March 24, 1970) is an American professional wrestler. A student of Mike Anthony, he made his debut in Windy City Pro Wrestling in 1993 and went on to have brief stints in the World Wrestling Federation and World Championship Wrestling. He is best known for his time in TNA and Ring of Honor, with him being one of the founding fathers of the latter promotion: the first wrestler to seriously threaten the code of honor. He is also in the East Coast Wrestling Alliance Hall Of Fame.

"And those are the tropes according to the Fallen Angel":