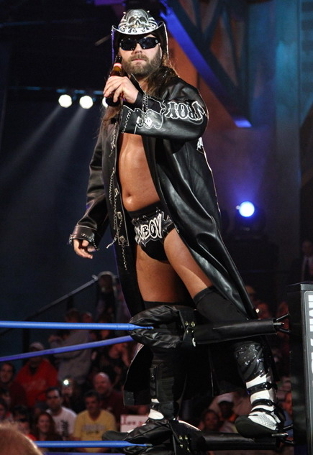 "Sorry about your damn luck!"
Advertisement:

Born on June 1, 1977 in Franklin, Tennessee, James Allen Cox, better known by his ring name "The Cowboy" James Storm, is an American professional wrestler currently employed by TNA and NWA. He is a former five-timeTNA World Tag Team Champion

"Sorry about your damn tropes!"

"Sorry about YOUR DAMN LUCK!"