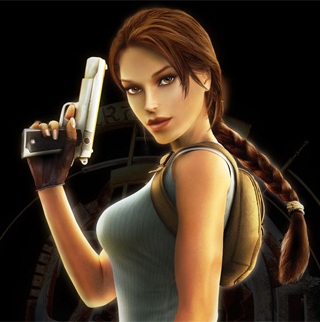 Smokin' hot and ready to kick some ass!
Advertisement:

One of the common ways to visually indicate that a female character is an Action Girl or otherwise ready to get dangerous is to braid her hair. This can take one of the following forms, but not limited to:

This trope is used in fiction for two reasons. First, because tying your hair in a braid is a good way to keep long hair out of your face, as ponytails tend to slide down or get snagged in really physical sports. Second, because it is visually cool. What better way to indicate movement than a long flowing strand of hair flailing around like a whip? Due to this visual aspect, Braids of Action will more often than not be given to girls that have an acrobatic fight style.

Some works will take the visual similarity between a braid and a whip to literal extremes, and will have the character top her braid with some sort of weighted blade and use her Prehensile Hair as a weapon. Note that while this is technically possible in real life, the way it is normally depicted would very quickly result in hair loss. The more accurate depictions have a character with braided dredlocks doing this: which is much safer. The dredlocks serve to distribute the weight better, so that it doesn't rest on any single strand of hair. Augmenting braids or twists starting at the hairline, can serve a similar function. It still tends to work best with very tightly curled hair, since this hair has a higher spring factor: which helps to keep it from snapping when the blade is swung (similar to how bungie cords can bear more weight than typical cords of their diameter, because they are made of springier material). Note also that doing this can be very hard on the neck and shoulders: hair does not have any muscles in it, so what is actually bearing the weight is your neck muscles. Long hair is heavy enough to begin with, adding weight to it requires training your neck muscles. A much more common real life way of hiding a weapon in long hair is to put a spike on the root of a single long braid pointing upwards, so that when you headbutt someone it really hurts. Especially in the era of veils, this was a literal example of Silk Hiding Steel. It's a strangely effective weapon, since you can put your entire body's muscles behind it: and it can be used even if you are bound and gagged.

This trope was very common for long-haired characters in the early days of 3D gaming since it's much easier and less resource-intensive to render and animate long hair as a braid than having it flow freely. Even with modern video hardware and physics engines, braids are still easier for a game to manage.

A Truth in Television, although not to the extent that it's portrayed. A long braid is still a long thing dangling around, getting in the way, and able to get caught by accident or grabbed on purpose. Wearing long hair up—such as a bun, or a crown braid—gets it more fully out of the way.

Compare Braids of Barbarism, Tomboyish Ponytail, Girlish Pigtails (which can sometimes be combined with this trope in the case of a Little Miss Badass), Short Hair with Tail (which presents a similar profile), Bald Head of Toughness (in which baldness is also often used to indicate that a female character is an Action Girl).

Contrast Motherly Side Plait, which is indicative of a sweet mother figure.

Note: This trope is for using visual shorthand for characterization. It is not a trope for every character who happens to have braids. Please remember this when editing the example list.