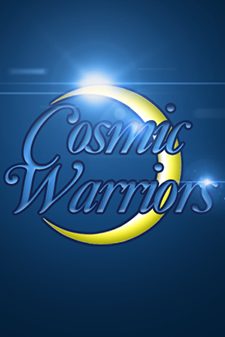 Cosmic Warriors follows Usagi Tsukino whose life changes after rushing to the aid of her friend and being given a golden bracelet that allows her to become Cosmic Warrior Moon.

Keeping in line with the author's desire to create a more adult series several changes have been made to the story. These include Darker and Edgier themes such as rape, abduction, suicide, and hardcore violence. In addition to dipping Sailor Moon's body of work into a bucket of human remains the author has made other changes that include the introduction of characters, transformations, weapons, and flow of the plot.

A dozen or so new characters are introduced throughout the story and canon characters are expanded on and given opportunities to grow. Characters and themes from the anime, manga, and even the live-action series Pretty Guardian Sailor Moon are melted together and added into the story. The story includes a new breed of villains named Experiments that are introduced through the Dark Kingdom. Instead of the canon's uniform the Cosmic Warriors transform into action girls/girls of war, wearing streamline suits with masks. The advisors to the Warriors, Luna and Artemis are also expanded on in the fiction and given more important roles as members of a secret organization known as The Silver Guard.

The fiction can be found here

Cosmic Warriors has examples of the following tropes: