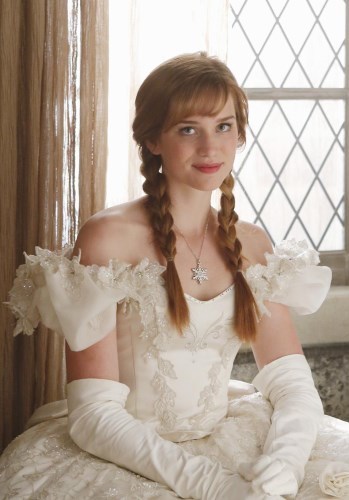 Despite her Fairytale Wedding Dress, these Braids of Action lets us know that Anna of Frozen (2013) is not a Princess Classic.
Advertisement:

Generally, the most important things an author wants to communicate to an audience are the things that are difficult to instantly demonstrate, such as a character's role in the story, personality, moral character, or whether the author wants the audience to sympathize with them.

Often as a visual shorthand, the writer uses the character's appearance to symbolize those characteristics. In animation, a common practice is to use Hair Colors, or the color and shape of the eyes. However, another technique that has several useful advantages is the style and length of a character's hair. For one thing, it's relatively easy to implement in Live-Action TV as well as animation. It's also convenient for characters who undergo lots of character development as you can give them an Expository Hairstyle Change or Important Haircut.

Note: while Hair Tropes are all tropes that have to do with hair, this is specifically a supertrope of cases where hairstyle is used to represent a character's personality, not simply to look interesting or help you tell the characters apart.

Unisex (same implications for both genders)