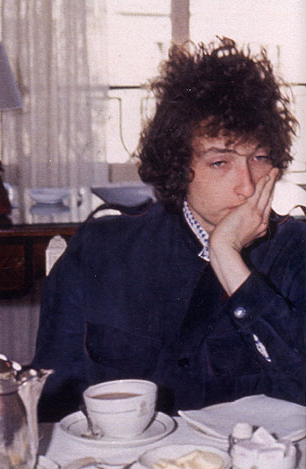 "Someone give the anarchist a comb!"
Advertisement:

Frizzy, tangled hair is also commonly seen on characters who've just woken up (except if Wakeup Makeup is in effect), which is Truth in Television for most people except those with particularly short haircuts. It often goes away by the next scene change with the assumption that they've run a brush through it offscreen but might stick around longer if the character sporting Messy Hair is Not a Morning Person (for such people, coffee seems to be the best conditioner).

Long, tangled hair can be seen very frequently on The Ophelia, as part of that archetype's image of eerie, disheveled beauty; even sane, or at least saner, people might have it, to go with their general theme of unusual looks. Untidy hair, particularly dark hair, is also one aspect of Looks Like Cesare. Fighters also tend to have it at shoulder length as Barbarian Longhair.

Brilliant but eccentric, absent-minded, or downright deranged scientists often have Einstein Hair, which is a Sub-Trope, as is the Wild Hair found on animalistic or close-to-nature characters and Wild Children. Shonen Hair sits at the intersection of this trope and Anime Hair and is generally found on spirited young men. Messy Hair is also very common on conductors and musicians.

Often overlaps with Stubborn Hair, as many characters with this look are just not able to create a tidy style, no matter how hard they try. Also subtrope of Bad Hair Day and Bedhead-itis, of which messy hair can be a symptom, but usually does not last longer than 1 episode.