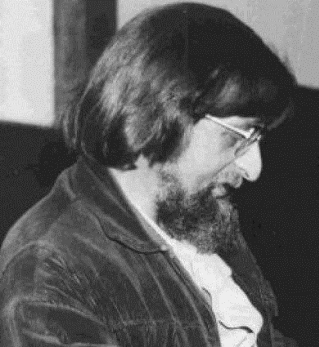 Janusz Andrzej Zajdel (15 August 1938 - 19 July 1985) was a Polish Science Fiction writer, mostly interested in how Dystopiae are built and work (or don't).
Advertisement:

A physicist in Real Life, his stories are very scientifically accurate, sometimes to the point of plot points like an ancient figurine being covered in californium (Zajdel's specialty was radioactivity and nuclear physics) or Coriolis forces revealing something important (more than once). The annual Polish Sci-Fi fandom award has been named for him, after Zajdel was awarded it posthumously (for the novel Paradyzja).

Some tropes found in Zajdel's work: