This Bed of Rose's 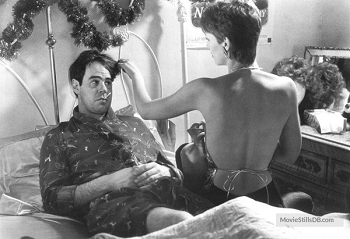 She found me outside one Sunday morning
Begging money from a man I didn't know.
She took me in and wiped away my childhood,
A woman of the streets, this Lady Rose.
— The Statler Brothers, "Bed of Rose's"
Advertisement:

A prostitute (most likely a Hooker with a Heart of Gold) provides a home to someone who needs a place to stay. Whether that guest sleeps with his or her benefactor is optional.