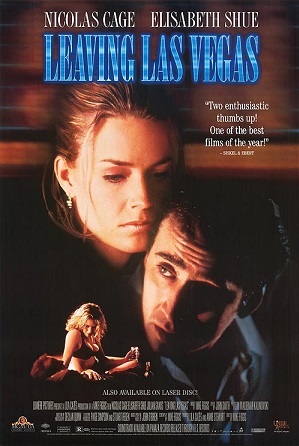 Leaving Las Vegas is a 1995 drama film starring Nicolas Cage and Elisabeth Shue, based upon the novel by John O'Brien.

Ben Sanderson (Cage) is a depressed Hollywood screenwriter who due to his non-stop alcoholic habits eventually loses both his job and family. All of this causes Ben to decide to commit suicide by drinking himself to death in Las Vegas.

While there, he meets Sera (Shue), a prostitute, and they develop a destructive relationship with each other.