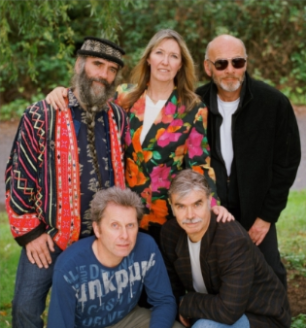 A Folk Rock band that formed in England in 1969, which, along with Fairport Convention, was one of the pioneers of the British version of Folk Rock.

Tropes associated with Steeleye Span include: