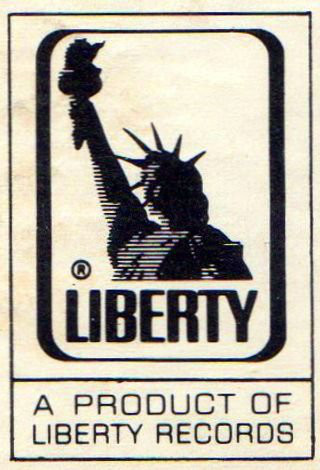 As opposed to a product of someone else?
"Liberty: The First Family of Recorded Entertainment"
—Slogan of Liberty Records during The '60s
Advertisement:

Launched in 1955, Liberty Records took its logo from the Statue of Liberty. It evolved into one of the biggest independent labels of The '60s.

One of Liberty's earliest signings, chanteuse Julie London, had a Top 10 hit with "Cry Me A River". The label also got into the new Rock & Roll scene with performers such as hitmaker Eddie Cochran. Despite these successes, the fledgling company was on the verge of bankruptcy by 1958. However, it came back from the brink thanks to songwriter Ross Bagdasarian, aka David Seville, whose smash novelty hit "Witch Doctor" used sped-up vocals. Bagdasarian soon spun off this gimmick into Alvin and the Chipmunks, a trio of singing cartoon rodents named after Liberty's top executives: Alvin (after label president Al Bennett), Simon (vice president Si Waronker), and Theodore (chief engineer Ted Keep). The Chipmunks became the stars of a multimedia franchise that still continues today.

Liberty prospered in The '60s, with acts such as Teen Idol Bobby Vee, Surf Rockers Jan and Dean, Soul singer Gene McDaniels, Pop band Gary Lewis and the Playboys, and British Invasion group Billy J. Kramer and the Dakotas keeping it on the charts. The company also bought several smaller labels, including Blue Note, Imperial, Minit and World Pacific, among others. However, Liberty largely fell behind during the hippie era, despite popular "underground" signings such as proto-Americana group the Nitty Gritty Dirt Band and Blues Rockers Canned Heat, whose releases included collaborations with both John Lee Hooker and The Chipmunks (yes, really). Liberty's British and German subsidiaries were more closely attuned with the counterculture; they signed groups such as The Bonzo Dog Band, Brinsley Schwarz (featuring a young Nick Lowe), The Groundhogs, Hawkwind, Amon Düül II and Can, while licensing Creedence Clearwater Revivalnote as part of a deal with their US label, Fantasy Records and Captain Beefheart for European releases.

In 1968, Liberty (including all of its sublabels) was bought by Transamerica Corporation, which had acquired the United Artists film studio and its associated record company the previous year. After running both labels concurrently for three years, in 1971 Transamerica shut Liberty downnote although the label endured for a few years in Japan and transferred its roster and catalog to United Artists...

...which is where things start to get complicated. First, UA released both new records and reissues by former Liberty artists. Then, in 1979, EMI bought the United Artists label, eventually changing its name back to Liberty since it was no longer associated with the studio, as well as resurrecting the Statue of Liberty logo while using the gray label background and rainbow logo font of EMI America releases of the era. Stateside, Capitol used the Liberty imprint mainly for country music, but outside the U.S. EMI used Liberty for new releases and reissues of artists originally on UA, regardless of genre. Therefore, some Liberty releases were reissued on United Artists, and some United Artists releases were reissued on Liberty! And then, EMI America started using its imprint for further reissues from the UA/Liberty catalog, meaning that many artists wound up having releases on all three labels! Liberty was then merged with EMI America, which in turn was merged with Manhattan Records to form EMI-Manhattan. The Liberty/UA catalog was naturally reissued under this new name in turn. If all this seems confusing, the record company seemed to have trouble keeping all this straight as well: the cover might refer to EMI America, EMI-Manhattan or just EMI on the cover, but use Liberty or one of the other imprints on the label. In 1997, American EMI would be absorbed into Virgin Records and Capitol Records.

And the story doesn't end there! During The '90s, Liberty was revived as a Country Music label, with a stable including Garth Brooks, Shenandoah, Tanya Tucker, and a single by Dennis Quaid. Eventually, this version of Liberty was deactivated and its artists were transferred to Capitol Nashville. Then, British EMI started another revival, Liberty EMI Records UK, during the 2000s; this time, the lineup included The Alarm, The Bangles, Ray Charles, The Stranglers, and a single by Minnie Driver.

Nowadays, Liberty is once again dormant, its name used only for reissues. As with all former EMI labels, its catalog is divided between Universal Music Group via Capitol (American artists) and Warner Music Group via Parlophone (British and European artists).

* UK and Europe only